Going to the cinema may not be seen as one of the best things to do when one is visiting a new place. Who wants to be stuck in a dark auditorium when there are sights to be seen, places to be explored and bars to be frequented? Well, let what you know about cinemas be overturned and say hello to Triskel Christchurch, a thriving arts and cultural centre in the heart of Cork City.

Located less than 10 minutes’ walk from our city-centre boutique hotel, Hotel Isaacs, and tucked away down one of Cork City’s tiniest streets, Triskel Christchurch is a hidden gem that few visitors to Cork City will discover. Occupying the site of the medieval parish of the Holy Trinity where poet Edmund Spenser married Elizabeth Boyle in 1594, the site is full of history. For those of you who have braved the battlements of nearby Elizabethfort, you will be aware of the Siege of Cork in 1690 where extensive damage was done to the former church before it was demolished in 1717 to make way for the current neoclassical building completed in 1725. Decommissioned as a church in 1978, the church was taken over by the City Council to house the Cork Archives Institute. Since 2011 it has operated as an artistic and cultural centre with many local theatre groups using the building to rehearse and arrange readings to members of the public.

The former church now serves partly as a cinema and partly as a live music venue. Sunday-Wednesday evenings are movie nights where the centre showcases a mixture of art-house, indie, low-budget, and blockbusters from every corner of the globe (subtitles included). From Thursday-Saturday, there is an eclectic mix of live music to suit every musical interest. Think Spanish guitarists, string quartets, Russian pianists, Mongolian throat singers, and everything in between.

The centre also hosts regular exhibitions. The current one “Vesper” is all about bats and the interaction between the human and the animal world. Like all artworks, it won’t be to everyone’s tastes but it still makes for relaxing viewing as one saunters around the eerie shadows of the church prior to the show. Wish to explore further? There is a crypt open to the public in the basement. Approach if you dare! For those who want to delve deeper into the site’s rich history, guided tours can be arranged and include an introduction to the recently renovated building, the medieval and early modern history of the church, the building’s distinctive features, its historical characters, the graveyard, and crypt.

Finally, there is a small café on-site with seating outside (for when the weather finally decides to heat up), which hosts art, music, and poetry events as well as showcasing the work of local artists. Every city needs a place like this away from the commercial hustle and bustle, a place for the visitor to engage with locals in a friendly and natural manner. It may not be as well known as some of the city’s attractions but who doesn’t want to say they have been somewhere nobody else has been? Who doesn’t want to be different? Above all, who doesn’t want to be inspired by the beauty and magic that is the Triskel Art Centre?

If you’re looking for nearby accommodation our Cork city hotel, Isaacs is located within easy walking distance of the Triskel Art Centre. If you’re just down for the day why not continue the artistic discussion over a carefully crafted cocktail at our award-winning bar Cask or stimulate the taste buds with a delicious meal at Greenes Restaurant.

Best things to do in Cork this Autumn

Top 10 Romantic things to do in Cork this Autumn 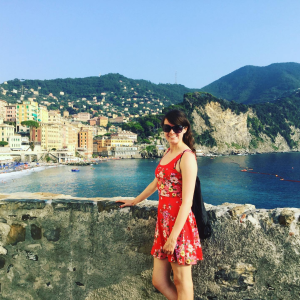 Colette is the HR and Health and Safety Administrator at Hotel Isaacs. Prior to that, she spent five years working on reception/reservations. One of her great passions is travelling and exploring new places especially museums, galleries and castles. "One of the things I feel very strongly about is how so many people in Ireland are completely unaware of some of the hidden treasures right on their door-steps. When people go abroad, they push themselves to see all the cultural delights on offer but too often, they have no idea how great what is right in front of them, readily available every day is. I'm always coming up with new travel ideas and dragging my endlessly patient friends off on adventures. I came to Cork as a student in 2008 and I too limited myself and didn't push myself to explore. It took a friend to take me off and show me how truly amazing this city and county is and this is what I want to share with my guests and readers.